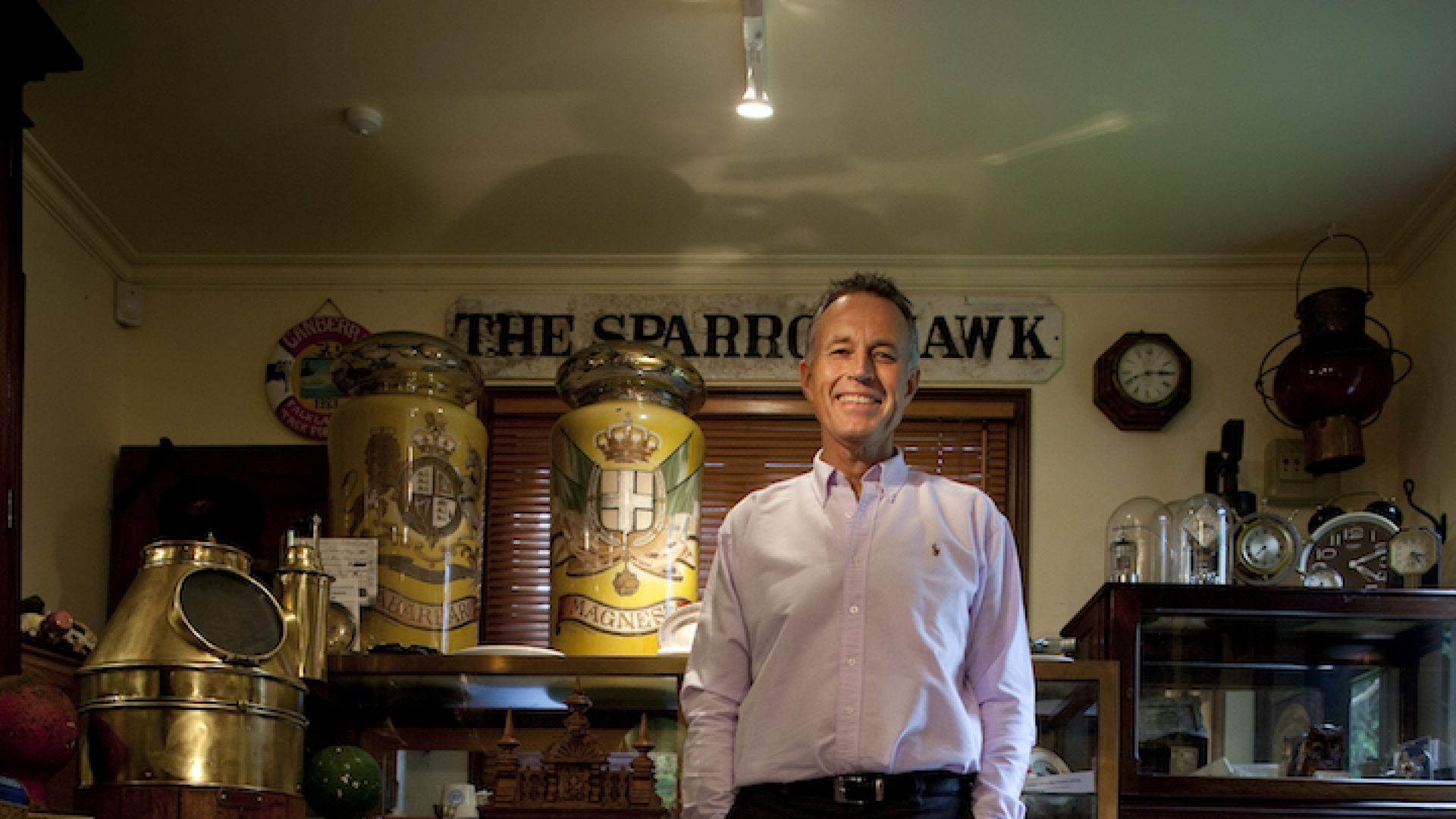 Terry’s interest in the social history of pharmacy was triggered by the article which his father wrote in 1997, “Country Pharmacies 1910-1926 – Memoirs of Launce A Sutcliffe”. (Click here to read)

This led to Terry collecting and accumulating a small museum of historic New Zealand pharmacy, apothecary and medicinal items.

This was named Te Mama Millennium Museum, and was officially opened at 11.30pm, 31 December 1999. (It is believed to be the last museum in the world opened in the last millennium!!)

The Museum is themed on the layout and display of an early 19 th Century retail pharmacy, with original cabinetry, stock and compounding equipment.

The collection also extends to numerous books, formularies, bottle labels, and many interviews with retired pharmacists regarding their careers.

It has featured in books, articles and advertisements, and transported its visitors back to days gone by of the elegance of retailing that once existed.

Terry is very happy to assist and share material with anyone who is seeking information about their early forbearers who were pharmacists.