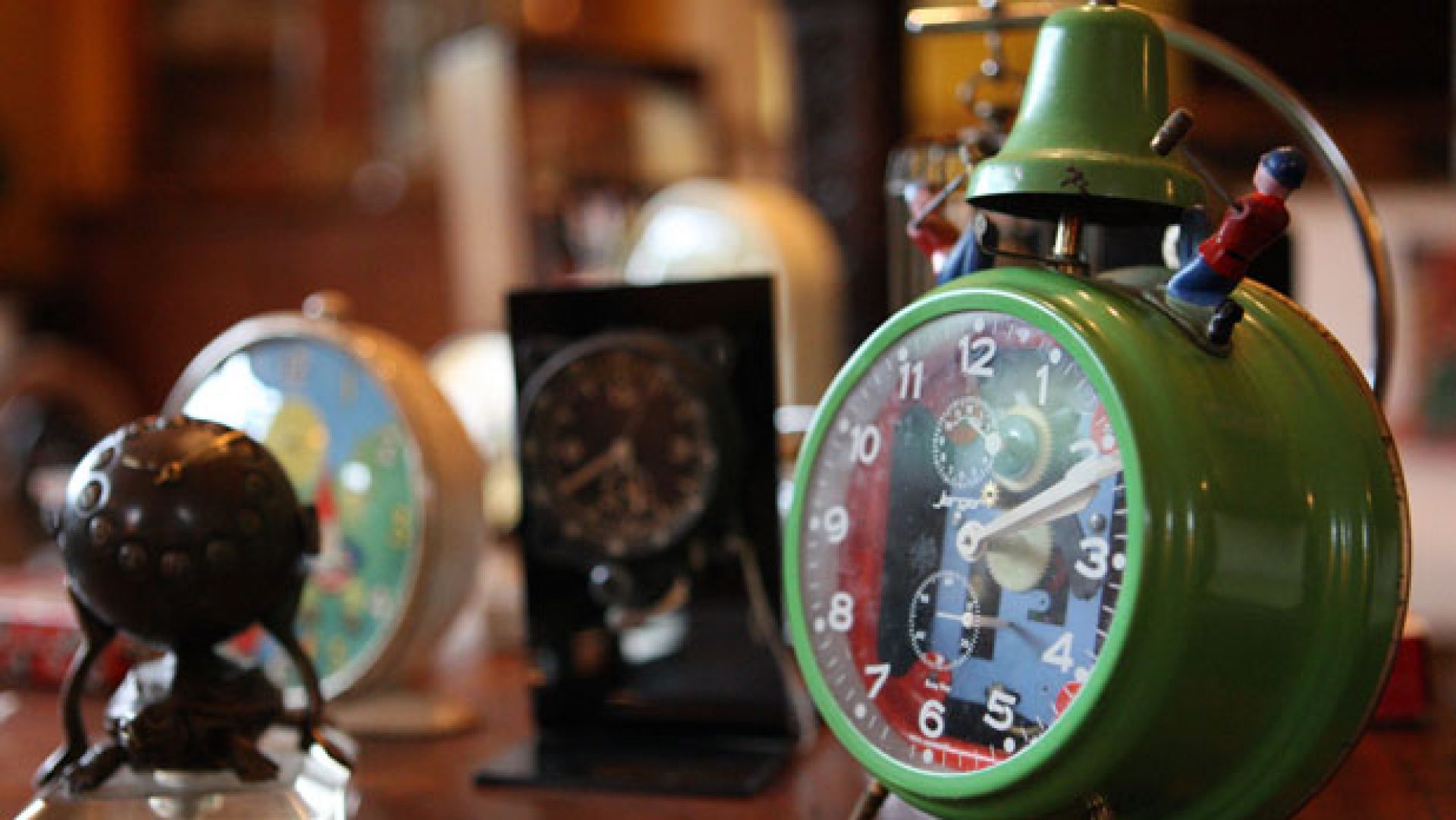 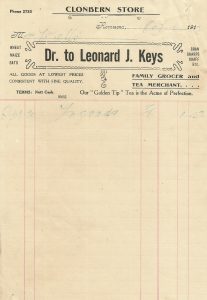 A while ago I was given a bundle of over fifty accounts, invoices and letters pertaining to the business of Leonard J. Keys, Clonbern Road store. They are all dated between 1908-1913 and provide a wonderful window into Edwardian suburban Auckland. Not only can we see old company names and products that have either lasted or disappeared, but also appreciate the beauty of some of the lithographed letterheads I have reproduced as illustrations.

A Paragraph from Winifred MacDonald’s delightful booklet, “Recollections 1850-1920, A sketch history of early Remuera”, helps to set the scene of rural Remuera.

“Mrs Robert Burns remembers Remuera Road between 1880 and 1890 as still very rough and covered in scoria. The footpaths had a finer kind of scoria but were not very pleasant to walk on. There were many lovely pieces of bush still and there was very little traffic and no shops at all. People did all their business in Newmarket and were well served, goods being delivered on horseback or in carts. When the first Remuera shops opened after 1890, the Newmarket shopkeepers were very indignant, and many Remuera people were also annoyed and would not switch their patronage.” 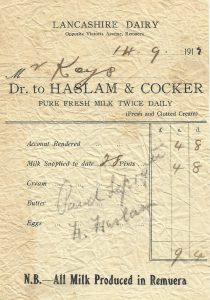 The first Remuera shops were Leonard J. Keys, on the Clonbern Road corner, family grocer and tea merchant, and King’s Cake and Sweet Shop, on the Armadale Road corner, which had a bakehouse behind it. The Sands family who lived opposite Ely House on a Dilworth farm supplied all Remuera residents with milk, pouring it into billies or jugs at the back door.

Both L.J. Keys grocer shop, and King’s Cake and Sweet Shop buildings (and up until recently the separate bakehouse oven at the rear) still exist.

Remuera had come a long way since the establishment of these first businesses, this was period of transition from rural to urban. The steady residential growth followed the connection to Remuera of the Electric Tram, in May 1904. By World War I, many more merchants were trading at Remuera.

L.J. Keys, the first shop at the Victoria Avenue and Remuera Road intersection, had an extensive product range, being a general store servicing relatively few households. There was a significant emphasis on stock feed including maize, oats, bran, sharps, chaff etc as described on the letterhead. As the shopping centre grew, no doubt the product range became a little more focused.

I shall now use these old accounts and letters to provide and illustrate an economic history and the variety and range of products stocked; the merchants that supplied them, and the trade prices paid.

I have sorted the accounts in to the four main product headings, however one must remember that this bundle of invoices is not the total business accounts, as many more will have been destroyed. 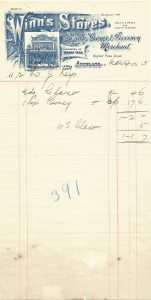 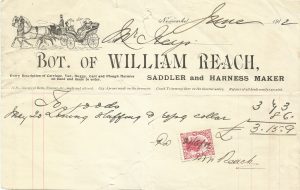 I shall now quote passages from correspondence of some suppliers detailed above, as well as reproduce some of the most impressive graphic letterheads. 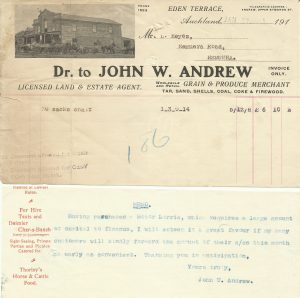 John W. Andrew Eden Terrace who already hired out a “Daimler and Char-a-Branch which carries 30-35 passengers” in memo of 1911.

“Having purchased a Motor Lorrie, which requires a large amount of capital to finance, I will esteem it a great favour if my many customers will kindly forward the amount  of their alc’s this month as early as convenient…”

“We beg to advise that we are receiving ex “Kia Ora” a large consignment of IMPERIAL FIREWORKS. The fact that Messrs. Pain and Sons have for many years been responsible for the world-renowned pyrotechnic display at the Alexandra Palace is sufficient proof of the quality of their goods…

“Soliciting your orders and awaiting your pleasure. Yours faithfully”

Sharland & Co. Ltd, Lorne Street reminds retailers in August 1911 about Sharland’s “Moa Brand” Egg Preservative. “The experience of ten year has proved it to be the best, most reliable, and cheapest brand on the market. We had a remarkable demonstration of its wonderful preservative quality the other day, when we were shown eggs which had been preserved with Sharland’s Egg Preservative for two years, and which, on breaking, proved to be in perfect condition, both as to taste and smell.” 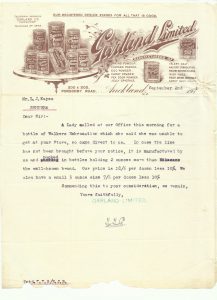 Garland Limited, 200 Ponsonby Road was quick to extend their business when they wrote to L.J Keys directly.

“A Lady called at our office this morning for a bottle of Walkers Embrocation which she said was unable to get at your store, so came direct to us. In case the line has not been brought before your notice, it is manufactured by us and packed in bottles holding 2 ounces more than the well-known brand… Commending this to your consideration, we remain, Yours faithfully, Garland Limited”.

The pride of the suppliers, the obsequience in their correspondence and the enthusiasm to supply more products is obvious in these letters

As to product prices the following give an example on the wholesale prices in the pre WWI period:- 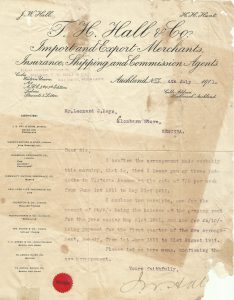 Another important business venture of L.J Keys was his freight carrying and then bus company, which ran from the city, through Newmarket along the Remuera ridge, past Purewa and terminating at St.Heliers. An interesting business account I have relating to this is from F.H Hall & Co addressed to Mr.Leonard J. Keys, “I lease you my three paddocks in Victoria Avenue at the rate of 7/6 per week from June 1st 1911 to May 31st 1912.” Presumably this was used to pasture his horses for the horse drawn vehicles he used.

Keys sold the business in 1914 the store changed hands several times, but in 1930 became Marriotts Grocers. However in the mid 1950’s the store was being operated as the Blue & White Grocery Shop.

Should anybody have more detailed information the writer would be pleased to receive this.

I am researching the history of L.J Keys store and the bus company and other early Remuera businesses, and anyone who can assist with information, photos etc is invited to contact me.