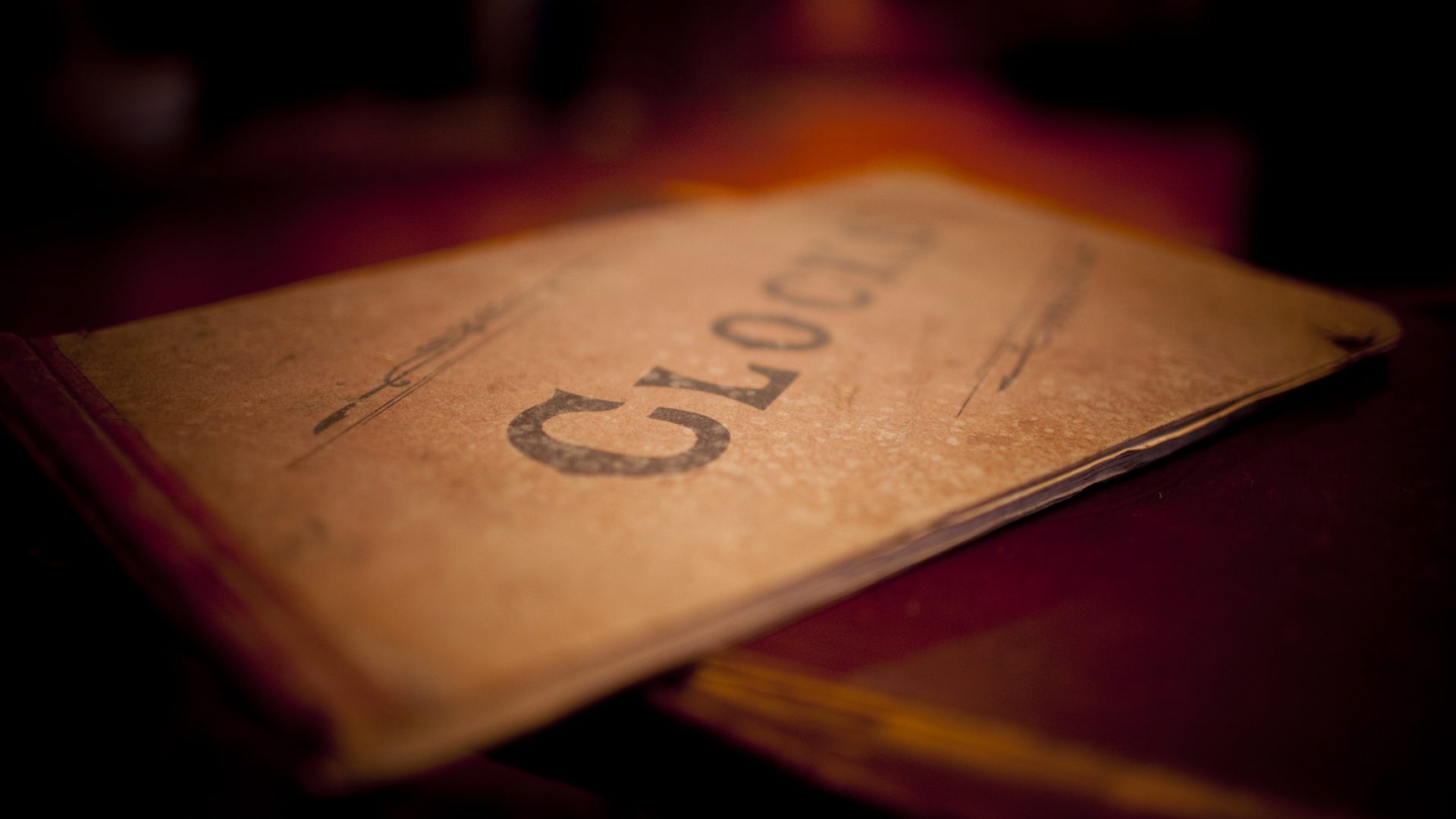 Summary of a talk given by Terry Sutcliffe and film and photographic evening put on by Remuera Heritage Society for the Auckland Heritage Festival September 2011.

This is unashamedly about old lumbering trams (no fast car chases), combined with historical visual images. 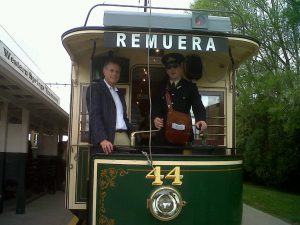 My love of transport developed out of August School holidays in early 1960’s going to see my Grandmother in Island Bay, Wellington.

The following methods of transport were unavailable to a young lad living in Auckland:-

It was sheer pleasure, belting down the incline past Athletic Park, rattling and rolling along, jumping off the rear open platform exit at The Parade, Island Bay.

The nostalgia for trams can be left to the following 2 paragraphs from “The End of the Penny Section” by G. Stewart.

“Seldom do public utilities and essential services endear themselves to their users and assume a personality of their own. The electric tram-car, however, was different. It had an individuality that reflected the city it served. To a visitor from Auckland, a Christchurch tram looked strange and exciting. A Wellingtonian found the Auckland cars bulbous, even huge, after the narrow-gutted cars he was accustomed to see inching their way through traffic in the confines of Cuba Street. Trams were unsurpassed in their ability to move great masses of people speedily at cheap rates, and to stand the day-in, day-out strain of dragging round corners and vibrating along streets. Often grossly overladen, they had to be built to stand abuse with the minimum of maintenance.

They were built to last – and last they did.  Many were to survive for fifty years, a credit to their designers, but detrimental to the image of tramways in an age of technological advancement. People would have refused to ride in a 1913 motor bus even fifteen years later, but because the tramcar was like an old soldier, and old soldiers never die, municipalities and companies kept the faithful old vehicles, seemingly gifted with perpetual life, plodding on. Standardisation of design often resulted in new rolling stock being built to the same layout as the original cars and powered with equipment that dated back to the Ark”. 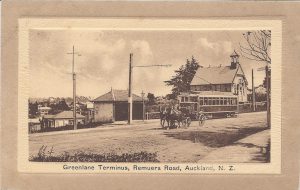 The timeline for the introduction of Remuera trams was as follows:-

Trams in Auckland were gradually withdrawn, finally in Remuera by 17th August by 1956.

The provision of trams to Remuera was unique, with introduction of tram Number 49, which have an inherent touch of style. 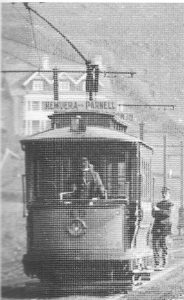 “This was Auckland’s first locally-built passenger model being produced in  1905, a Californian combination specially built for the Remuera service. It was very elegant, with a clerestory roof and open section at each end. It’s seats were sprung and for the sake of hygiene were covered with closely woven but somewhat slippery cane. In the centre saloon the seats ran longitudinally on each side, and going up Parnell Rise, passengers could not stop themselves from sliding toward the rear. By the time the car reached the summit, those passengers who had gravitated rearwards must have felt like sardines in a tin. Although the car had graceful lines with curved sides, it remained an orphan in Auckland, and was withdrawn on 8th June 1931.” (G. Stewart)

We have again witnessed the re-introduction of trams in the Wynyard wharf precinct, in August 2011 had the unusual occurrence of the first collision for 57 years between motorcar and tram.

Further insights of the trams comes from the Memoirs of Rona von Zalinski, c. 1944. 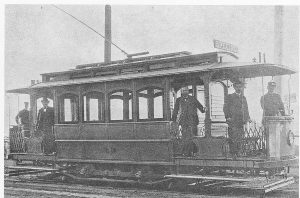 “We had quite a walk up Meadowbank Road to the shops at the Tram terminus on Remuera Road. There was a grocer, chemist, butcher, stationery shop, baker and for a while, a draper (now the greengrocers).

We’d leave our prams outside these shops when we caught the tram to town.  There was no fear of thieves in those days. Or we could hook the prams on to the back of the tram if we wanted to take them with us.  The fare to Auckland was sixpence (five cents). (Newspapers cost two pence)”.

After 1956, and the final withdrawal of trams, Peter Wylie, former Remuera pharmacist, reminisced that whilst removing the double tracks in the Remuera shopping area, shingle was laid short-term, and this created an opportunity for angle parking in the middle of the road – Remuera residents are always quick to seize the moment, however this opportunity didn’t last long.

However, there was one tram that did not leave Remuera until the early 1970’s, and that was Number 93. With inventiveness and adoptive reuse, this became the Tram Art Building at Baradene College, Remuera

The Baradene ‘tram was an ‘M’ class No.93 which retained some its tongue and groove side panels. It was built in 1910 by DSC, Cousins and Cousins and was the first tram to have the three windows at each end.  The tram was delivered to the college on 1st October 1954, being transported there by Keith Hay. 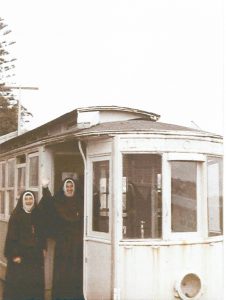 “I had just arrived at Baradene College, as a member of both the Community of Sisters and the Teaching Staff.  I was being shown the layout of the College.  We had explored classrooms, hall, stage, science labs etc. in the main building, when my guide said that VI A (Year 13) class room was outside.  We left the main building and there on the left was the “pre-fab” block.  I headed in that direction only to be brought to a halt.  “No! Over here” and my guide pointed.  I saw a large tram – surprise enough – but when I was told that this was the VI A classroom, I was speechless!  However, on closer inspection, I found that I it had been very cleverly adapted for educational purposes.  It even had a small cloak room for storing raincoats in wet weather.  By the time school resumed, I had become very happy in the novel classroom. One morning though, our idyllic state was shattered.  We had just begun an earnest discussion on “why Charles 1st had lost his head”, when suddenly a loud rat a tat tat shattered the peace.  My first thought was “But they didn’t have machine guns in those days!” Then followed a series of crashes. Yes, you’ve guessed it – those wooden slat blinds had released themselves! After a good laugh, we tried to explain the phenomenon and concluded that the two junior students responsible for looking after the classroom had discovered a way of balancing the blinds so that they clattered down when weight was concentrated on one particular part of the floor. Real spoil sports, we agreed not to report the incident but to leave the cleaners wondering”.

Then it became superfluous in the early 1970’s. But with the same melancholic tone as P.B. Shelley’s “Ozymandias,” the Art group Form V 1971 wrote “Ode to the Old Tram.” This was capably read to the meeting by Ayo Salgado, a current student at the College.

ODE TO THE OLD TRAM

So very old, so very wrecked
The antique tram is standing still
Within the school the tram is decked
High upon a worn-out hill
So here it lies, but not for long
Beside a wintered swimming pool
It towered above, where this pool lay.
Covered in rust, painted in grey
The green blue parts the sliding doors
That jam against the dirty floor
So green so rare, in fact unfair
Cause draught excluding, no panes there.
The painted names upon the wall
Of Richard, John, Michael and Paul
Intrigue us ‘til this doom day falls
For soon the tram shall be no more. Further prosaic literary skill was shown by M. Ellis Form V with “Death of a Tram,” and the final epitaph was on the caption to the back of one of the tram archive photo’s,

Thus it was in the early 1970’s that finally the last tram left Remuera.

My thanks are expressed for the generosity of time and material supplied by Graeme Stewart; The Archivist at Baradene College and The Tramway Section at MOTAT.